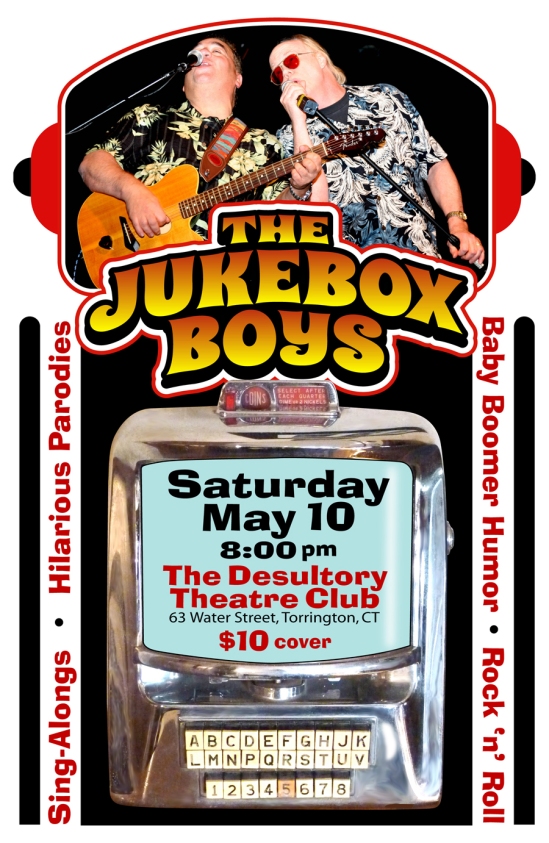 Since Carter was in the White House these two guys have been making audiences from Cape Cod to Key West laugh, sing and forget their troubles as members of the comedy-rock group, COCONUTS. Still members of that venerable organization, Joe Beets (aka Dan LaRosa) and Johnny Eagle (aka John Swanson) are exploring a new phase of their musical careers as a duo, THE JUKEBOX BOYS! They’ll be carrying on the comedy tradition with hilarious parodies aimed at all facets of life. They’ll also be harmonizing on a wide assortment of rock classics, original songs, and will be asking the audience to make selections from their extensive JukeBox List. It’s a guaranteed night of fun so join the party and don’t miss these two wild and crazy guys!

In non-Jukebox life Dan is a Master Stage Hypnotist who has performed his how across the USA and Europe. John is an accomplished stage actor who has worked with companies across the state (including Warner Stage), and is co-director of Lollipop Opera, a touring company that brings live opera to children.